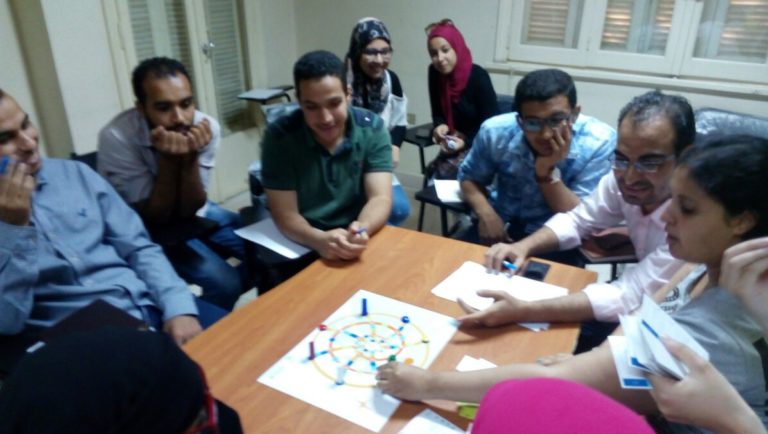 Think Tank Development Solutions Organized “Game for EuroMed” Final Dissemination Seminar on 17th of August 2017. Attendees were curious about the game and after the seminar they became excited about the game and are waiting for the final version to be available for everyone!

The GEM Project aimed at promoting learning about intercultural dialogue through playing. The project went through 4 phases: the first phase was an online training in Gamification and intercultural citizenship. The second phase was the development of the game and translation into 4 languages. The third phase was the pilot workshops in schools and youth centres. The fourth phase was the dissemination seminar internationally in Palermo, Italy and locally in Egypt.

4 organizations from 4 countries have participated in the GEM project; “CESIE” from Italy, “ADICE” from France, “WASEELA” and Think tank from Egypt and “JOHOUD” from Palestine.

The number of attendees was 32 from local organizations, non-formal educators, students who attended workshops, teachers, or just people curious to know about the game. Organizations such as: